More info about the markings that can be found on the figures within this serie is provided after the digital catalogue of Series 3 below.  For general information have a look at the header Battle Beasts. 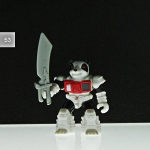 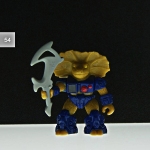 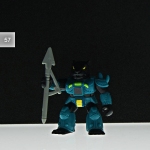 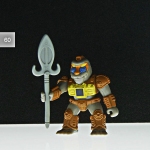 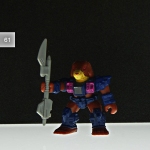 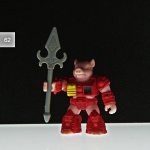 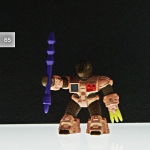 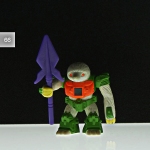 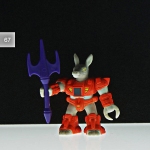 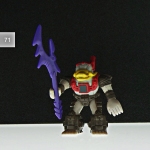 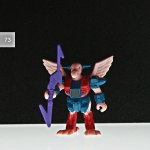 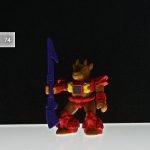 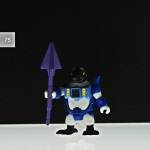 INFO
The Third and final series of Battle Beasts were only available in Japan and the US during the late ’80s. This series contained 24 figures (#53 – #76). On these Series 3 figures the © Takara 1987 – © 1987 Hasbro mark can be found on the feet of the figure and unlike the previous series also their number is located there, this number is also present on their weapon. It is possible you will also find a small letter A, B, C on the feet behind the number of this figure and this is referring to the production run in which this figure was made because in case a mold would break another one was produced to continue the production. Due to the fact that all markings and numbers have been placed on their feet this was the first series which holds figures with a back that is completely free of any marking. Like the Series 2 figures also the peg-hole in the bottom of the left foot can be found on these figures, this was usefull to place the figure on some of the vehicles or playsets connected to this line. In some cases a sticker [中国製] can be found on the bottom of one of the feet. This is referring to the fact of it being a genuine figure from Japan. It literally means; ”Made in China”, which seems a bit ironic but it makes more sense knowing all figures from the Japanese line were produced in China.